Why I Still Play Poker 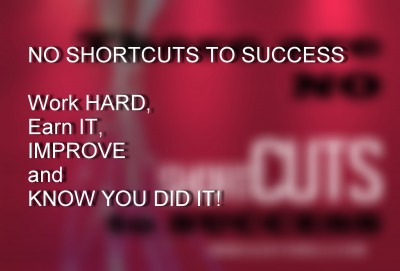 I was wrong: I don’t play poker to gloat those two sweet words, ‘I won.’

I reflected on this fact after a rough 24-hour session in Macau. Despite losing, being exhausted and loopy, I was inspired, felt a deep sense of accomplishment and was proud of how I played.
It’s the contentment that only comes from knowing you’ve played your best.

In poker, like anything in life, it’s important one derives their satisfaction from within for not always are we awarded a victory in spite of giving our greatest effort.

The industry of poker is a double edged sword: it’s a shame the casual viewer cannot comprehend the artistry at the highest levels like they can with other sports.

(It’s quite obvious why this is true: if they could, they’d be great themselves).

Seeing Lebron James slam dunk a basketball is enough for any laymen to appreciate, if not for the mere fact that they cannot do so.

Yet it’s pokers uniqueness that keeps professionals in business; the delusion that anyone can sit with the best and win in the long term.

But the fact that nearly anyone can win on a given day cheapens it as a measurement of success. There’s something superficial about viewing poker in this way as well, like it’s missing the point.

Do actors act to become famous or measure their talent by box office sales?

Is Leonardo DiCaprio any less of a legend because he was never awarded an Oscar?

External gratifications like winning, being ranked and receiving acknowledgement from others help, but in the end the only lasting satisfaction must come from within. From knowing.

Knowing you can compete with the best.

Knowing you earned it.

When the Knowing is present results don’t matter.

It’s not that you actually won the chips; it’s that you’re good enough to win them.

In the end I got to sing those two sweet words, ‘I won’.

But my satisfaction didn’t come from the win I had, the esteem of a colleague, or impressive look from the table after making some hero call.

It came from the Knowing.

It took me years of wasted energy seeking validation from winning and making money to realize that this is the way it works. It took me even more years to accept.

There’s simply too much out of your control. You may win or lose. Money comes and goes. You may never be recognized for a well deserved accomplishment.

But if you truly know you’re good enough, then that Knowing is sweeter than even the biggest victory.

Because it’s not something that can be given. One must earn it.

Such a truth should be empowering: you’re in complete control over your success.

And, like so very few things in life, it cannot be taken away either.

Finally, just for entertainment, check out this fun video where I hit the streets of Macau!