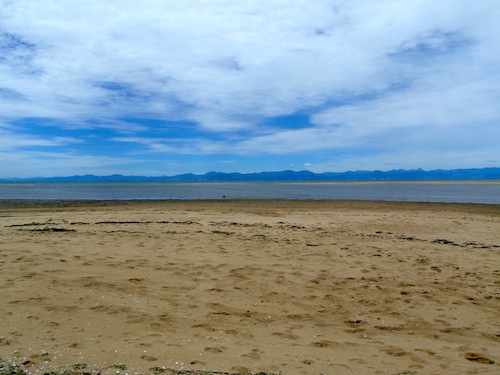 We made the trek from Parma to San Remo in record time. The drive boasted little villages and picturesque scenery of the Mediterranean. We arrived at the Royal Hotel just in time for dinner, and after indulging in gossip, gnocchi and gelato, we went to bed in anticipation for day one of the European Poker Tour.

With some of the biggest expected fields in EPT history, I made sure I was up in time to be ready by noon. But to nobody’s surprise, the tournament started two hours late. Italy. I played patiently for the first ten hours, attempting to avoid catastrophe. Unfortunately, as the day came to an end, I stepped on a land mine, and just like that, I was out. It was my twelfth consecutive tournament without a cash, which was quickly becoming one of my more expensive habits.

As I debated what to do next, I sat on my balcony watching the sun grow weary. The Mediterranean was covered in wooden blocks with little white flags attached by strings, flowing into the horizon. The trees swayed blissfully in the wind, with birds whistling heartfelt songs. I spotted an elderly couple walking by the rocks, which extended 100 meters info the sea, forming a pier of sorts. The man energetically helped his wife, carefully bracing her shoulders with each passing step. Their newlywed love radiated to my balcony, transforming my tilt into tranquility. I felt a presence, yearning for attention like a crying child does to his mother. Having no choice but to tend to the tears, I made haste for the rocks.

I raced down the steps in front of the hotel, past the laymen at the pool, past the cars stuck in traffic and past the streets thronged with people. A light perspiration came over me as I set foot on the rock formed pier. I started my hunt like a mouse searching for food. Perhaps there was a hidden treasure waiting to be discovered. Something, anything. Half way down the pier, I paused to catch my breath. I gazed down the coastline, the clear blue water rippling into infinity. I picked up the pace, hopping quickly from one rock to the next. As I neared the end of the pier, I turned around to make sure I didn’t miss anything. Behind me, I saw nothing but layered houses waiting patiently on the hillside like a tiered audience. Thousands of them lined up to fill the auditorium, the price of admission extortionary. The sun set behind the viewers, boasting a vibrant display of oranges, yellows and reds. I turned to face the sea but was greeted only by a swift current. “What now?” I said aloud, but a gale blew chills down my spine. “Sssshhhhh” it said. “Okay, okay” I screeched. I tip towed warily toward the end of the pier, listening carefully for the wind’s whisper.

Left alone in pristine solitude, I nestled myself on a lonely rock and sat in stillness. The currents floated toward shore like a ballerina gliding across the stage. The sound of the waves soothed me, like a singing mother does to her child. I breathed deeply, astonished by how something so simple can go unnoticed. Reinvigorated, my mind surrendered to the moment, liberated from thoughts of chores, work and life itself. I closed my eyes freeing myself from distraction. I listened intensely to the melody of the ocean. The waves played the piano of the sea and the wind accompanied her, tickling fervently on the strings. The birds, compelled to join, chirped on their flutes in harmony. Just as I settled in to her affection, the thunderous roar of the cymbal sounded, as the waves crashed upon the rocks. As tide rose, the music crescendoed, reaching full forte. The wind, violent now, blasted against the rocks and sea, misting my face with pleasure. Louder, louder, yet in consummate exaltation, each note held to perfection. The sea, bellowing in all its fury, seemed proud to play for all eternity, as long as I’d listen. Their labor owed no debt, slaving away as they had done for all eternity. I felt the epic finale approaching, though only perceived by my human understanding of time. The symphony became too much to bear, forcing my eyes open, the music ceasing as quickly as it had began. I erupted into applause, giving thanks for such an awakening rendition, but there was nothing except birds, rocks, water, wind and peace.

Some days we wake up and realize that everything we need is right before our eyes. Yet we often pass by and sneer without the slightest hesitation, as to a beggar on the street. Most drive, some bike, a few run and others walk, but we pass just the same. Very few stop. Even less watch. Nobody listens. I took a moment, just one tiny moment to listen. To gave thanks to the sea who played proudly for me. To the rocks for granting me permission to rest. To the birds for their enthusiasm, and to the wind for her calming whisper. We can relish thousands of these evanescent, penetrating instances, if were merely stop and listen. And who knows, once in a while, we may just witness a masterpiece. ♠

“Life moves pretty fast, if you don’t stop and look around once in a while, you just might miss it.”
– Ferris Bueller