The Future of Money: Does Money Have Intrinsic Value? 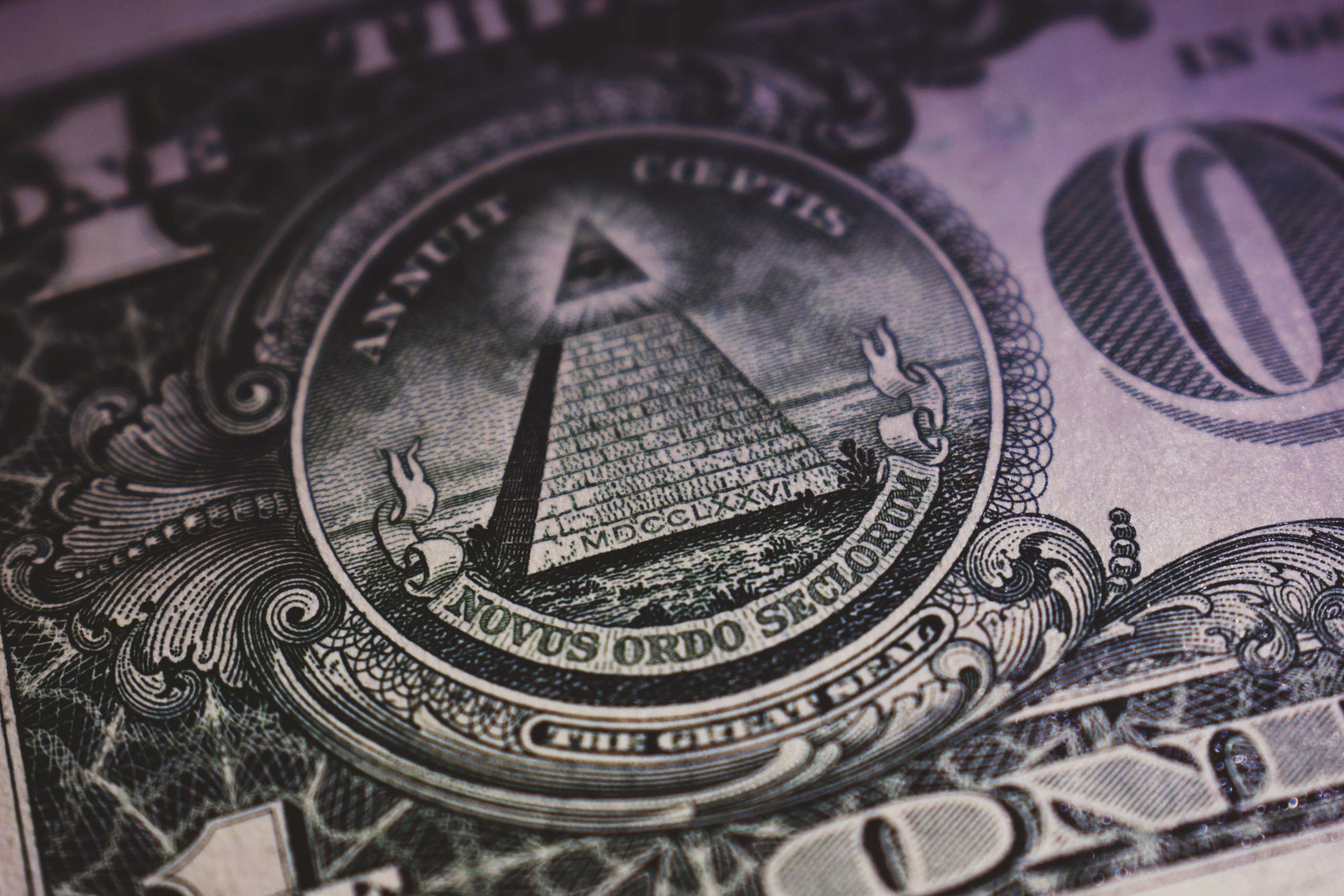 Yuval Noah Harari, historian, philosopher, and author of Sapiens, posits that at its essence, money is a collective fiction that humans subscribe to.1 As Harari humorously notes, you can’t give a monkey a dollar bill and ask him for a banana.

Put another way, money is a story which only humans believe, and paradoxically, it has value precisely because we attribute value to it. This is a fascinating paradigm, one that our entire world relies on everyone being a part of.

While it’s true that a collective agreement is necessary in order for something to function as money, it’s important to understand that money is a requirement for society to flourish. It’s more than a hallucination, and it’s arguably one of the most important inventions of mankind.

Money allows for a universal medium by which society can attribute value. Because all value is subjective, it’s necessary to have a baseline to express relative value between one good or service and another. Money solves this by utilizing a common medium to signal price, allowing for economic calculation.

Think of price as information about the relative value of something, and think of money as the medium of exchange for this price-signaling. Without money, we couldn’t agree upon the value of anything, and economic prosperity would come to a screeching halt.

Key Takeaway: Money is necessary for a functioning society, as a means of preserving wealth, facilitating commerce, and determining the relative value between two goods.

But wait a minute, doesn’t money have “intrinsic” value because it’s backed by gold?

It’s true that the U.S. Dollar began on the gold standard, meaning that for every dollar of currency, its gold equivalent was stored at a bank and redeemable for physical bullion. However, that ended on August 15th of 1971, when Nixon “temporarily” removed the U.S. from this system. Since the U.S. is the global reserve currency and virtually every currency is backed by U.S. Dollars, the link between gold and every currency was broken as well.

“Fiat” is the term to describe a currency with no intrinsic value that has been established as money by government decree. In other words, it’s backed solely by faith.

The fact the entire world uses a fiat system gives further credence to the notion that a currency primarily has value because everyone agrees upon it. If, God forbid, that faith were somehow lost, so too would our purchasing power because, well, a green piece of paper (even with a famous face on it) simply isn’t worth that much.

A woman uses currency to fuel her stove because it was cheaper than wood at the time. Weimar, Germany. 1924.

One could argue that money is the most successful story ever told in the history of the world because it’s the only story that everyone believes. It’s quite an incredible feat of humanity, really. The same can’t even be said about religion.

Key Takeaway: Our fiat currency system is an agreed-upon story that relies exclusively on trust that it will maintain value over time.

(Note: There’s a very reasonable argument that the U.S. Dollar has value because the U.S. Dollar-denominated debt exceeds the amount of dollars in existence, and people need to work to earn dollars to repay that debt. Otherwise, they lose their assets. This creates a demand for dollars, thereby giving the dollar its value. We’ll explore this idea further in a future edition of The Future of Money.)

What is Gold’s Intrinsic Value?

When people speak of a currency having intrinsic value, what they actually mean is one that is backed by gold. It’s the gold—not the paper dollars—that people ultimately cherish.

The word intrinsic is defined as follows: “belonging to a thing by its very nature.”

It can be said that the intrinsic value of a house is the shelter it provides.

The intrinsic value of food comes from its calories.

Gold’s intrinsic value comes from its use-case as a metal.

The first two make crystal-clear sense, whereas gold seems like a paradox.

If all of gold’s intrinsic value is derived from its use in electronics and dentistry, then why would people hoard it, and even wear it on their person?
If gold is being used for jewelry, then isn’t it fair to say that at least some of its worth comes from other use-cases?
What implications does this have about the nature of gold’s intrinsic value in the first place?

As a professional poker player, one learns to appreciate numbers. When I dug into the research, I was fascinated that most of gold’s demand has nothing to do with its practical use as a metal.

The majority of gold’s demand is from jewelry and as a store of value.

Jewelry accounts for 37% of gold’s use, and another 46% is as a store of wealth.

This led me to ponder the nature of gold’s intrinsic value. Could it be that gold, like fiat currency, has value largely because humans place value upon it? And that it’s gold’s longstanding legacy and brand as something of worth that continues to give it value today?

Perhaps much of gold’s value is yet another agreed-upon fiction.

Warren Buffet once said, “[Gold] gets dug out of the ground in Africa, or someplace. Then we melt it down, dig another hole, bury it again and pay people to stand around guarding it. It has no utility. Anyone watching from Mars would be scratching their head.”

In order to assess gold’s true intrinsic value, one would need to distinguish gold’s use-case as a metal (its intrinsic value) from its value as a store of wealth (it’s non-intrinsic value). While it’s difficult to determine a precise figure, most would agree that if gold lost its significance as money or a status symbol, its price would be significantly lower.

Some argue gold’s intrinsic value is its cost to mine—roughly $1,000 per ounce—but as any homeowner will tell you, price doesn’t equal value.

For example, if John spends $250,000 on a new pool, it’s unlikely his home price will increase by the same amount. In the case of a commodity like gold, value is based on demand, which is largely derived from the collective belief that it will maintain value.

Gold is a brand of sorts, and its core product-offering (as a shiny mineral) is that it will preserve your wealth over time. Ironically, it’s because enough people believe the marketing that the story holds true.

Peering into the future, gold’s value is correlated to its ability to continue selling this vision to the public.

Key Takeaway: Gold’s intrinsic value is largely subjective and exists because humans place a value upon it.

Questions to Ponder: What would the intrinsic value of gold be if humans didn’t place any upon it as a store of wealth? Is it possible that brands come and go and a new “product” with a stronger brand emerges to disrupt gold?

Does Intrinsic Value Even Exist?

This had me asking myself, “If gold’s intrinsic value is at least in part subjective, could the same be true about everything in the world?

Let’s examine one the most essential commodities, food. Surely, if intrinsic value is subjective in its most quintessential form, then it’s likely to be true elsewhere.

Despite maintaining stable prices, our demand for food, as well as the value we place upon it, changes based on how hungry we are.

For example, if I hadn’t eaten in a week, I’d pay a lot more for a banana than if had I just finished a meal. And, if I were hungry enough, I may even trade you my one-ounce ($1,900) gold coin for that banana. To someone who’s starving, a piece of fruit has more intrinsic value than a piece of metal.

Key Takeaway: The intrinsic value of something is subject to the value someone else places upon it.

Questions to Ponder: Does intrinsic value exist, or is it just another collective fiction that humans agree upon? Is it possible that demand or value can be created if society agrees upon a new collective fiction?

Look out for the next entry of The Future of Money

In the next entry of The Future of Money, we’ll take a look at the difference between money and currency, why some forms of money perform better than others, and if a new form of money could emerge to disrupt gold.

How Game Theory Applies to Money