Sharing Information at the Table 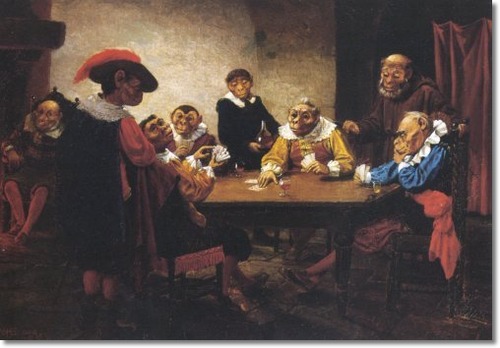 I used to be the worst. At the table I would constantly berate my opponents when they misplayed hands and I felt the need to prove my superior skill by correcting them. I would also brag to friends about my wins and make feel people bad about losing. Here are some tips to avoiding some of the costly mistakes I’ve made.

I once played in a PLO game where a player limped in with quads. When the table found out, they laughed and mocked him. He never did it again.
It’s become standard procedure following an “all in” scenario for the table to participate in a friendly debate on what just happened. In China for instance, discussing hands has even been referred to by pros as “part of their culture.”

To not do so would be rude, even arrogant. This sets a precedent that costs poker players millions of dollars each year, divulging information.

Everything that makes you a successful gambler is based on the information you have: your mastery of fundamentals and hand reading, how you manage money, game selection, and the knowledge you have on your opponents.

Information is our currency. The more we have, the richer we are.
Giving it away for free is not only costly, but foolish.

In my opinion, discussing hands at the table is a poker felony. First of all it educates the inferior players. The unnoticed implications are that it psychologically creates a competitive atmosphere. We must not forget, the fish may not be good at poker, but is usually an otherwise smart and successful person (the epitome of which is a wealthy businessman).

In his world, he’s always right, respected and of course, intelligent. To save face at the table and preserve his ego, he now has every incentive to prove that intelligence to you (the pro who boasts about knowing everything). He’s now become competitive because you just gave him a reason to play his best.

Success people are natural winners and winners find ways to succeed. At the poker table that means playing the best to which their capable. When you’ve conditioned a fish to do so, he’s no longer going to gamble or spew off money, because you’ve perceptually assisted in changing (or at least strengthening) his purpose from playing. Instead of playing for pleasure he’s playing to win. Translation = less money for the professional.

We must remember, as a pros, you make your money not by proving your intelligence, but by concealing it. This is not to be considered devious or unethical. (The casino admits they have an edge in roulette, but they don’t go around advertising it). Most people like to play in games where they believe they can win.

Another problem with the playful table talk is that it quickly becomes obvious who is friendly at the table.

When you play with the same people everyday (regulars, aka. your colleagues) and you talk to them about “some epic game from last week” or who won big yesterday, it makes it very apparent that you are on good terms. Any observant fish, usually a tourist who has never played with you before is going to feel like an outcast and worse, like you’re there to take his money. When he does, he may quit. Can you blame him?

Remember, your job at the table is not to win money, it’s to entertain your clients by creating a suitable environment where they can lose. Consider yourself as a Casino. Their job is to provide a service. When you gamble at the Bellagio, they make you feel like a big shot. Free alcohol, sexy women, comped show tickets, nice hotel rooms. Poker players are no different. We create an environment where people can lose and our hourly rate is a charge for this service. Winning money is merely a product of doing your job correctly.

We need to resist the urge to share the knowledge we worked so hard to attain.

I’ve found the best course of action is always to keep my mouth shut. If I notice others taking it too far, I shoot them a sublet glance or quietly whisper something. If it goes unnoticed, I will intervene with something absurd: “have you ever been to Sri Lanka? I heard you ride whales there.”

The dramatic ill timed comment is usually enough to get an observant pro to understand your implication while seemingly not making your intentions obvious. If that doesn’t work I’ll be more direct: “How about we don’t talk about it?” It’s not ideal, but it’s better than the alternative. In almost every attempt, speaking up has been a success. Personally, when I make the mistake of dilvulgence, I am appreciative of others correcting my behavior. ♠