Results-Orientation: the Enemy of the Perfect Decision 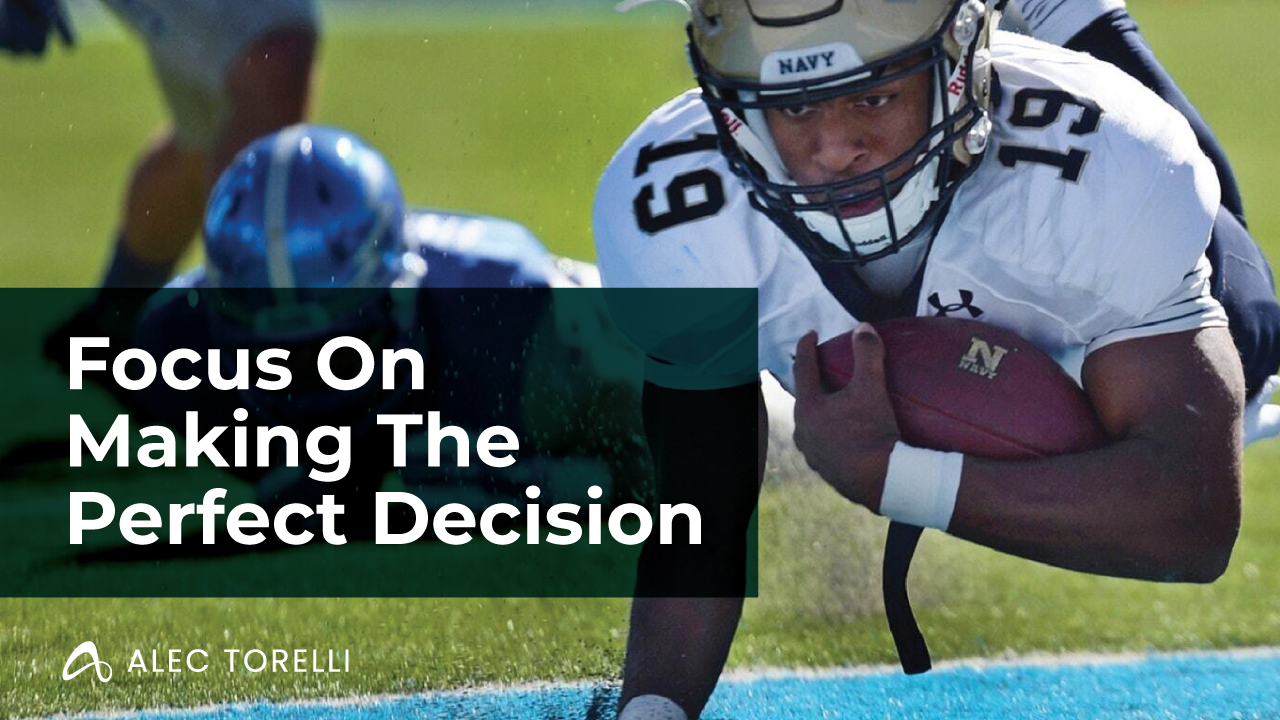 The game was Super Bowl XLIX. With 26 seconds remaining in the 4th quarter, the Seattle Seahawks were trailing New England by just four points. They had the ball on second down at the Patriot’s one-yard line. With everyone who knew anything expecting them to call for a handoff to legendary running back Marshawn Lynch, Pete Carrol threw the entire world for a loop, instead calling for a pass.

We all know what unfolded next, and it didn’t go according to plan: New England intercepted, sealing the fate of the Seahawks’ tragic loss. Despite the result—and the media’s brutal lambasting of Carrol’s decision-making for his horrific play call—I was skeptical.

Was this really the worst call in NFL History, as claimed by USA Today?

In the days following the Super Bowl, I made a video detailing my thoughts on Carrol’s play. Disclaimer here: I’m no sports expert. (…unless you count poker.)

I argued that too many people were judging the play based on the outcome instead of the merit of the decision itself.

BEING UNLUCKY DOESN'T MEAN YOU'RE WRONG

Annie Duke writes about this same phenomenon in her wonderful book Thinking in Bets. We both had a hunch: Had the pass been completed and the outcome reversed, Carrol would be forever hailed as a genius for his creative and unexpected play-calling. “He opted for the unconventional, and lo and behold, it worked!” we’d think. And of course, we’d wonder, “What did he see that everyone else didn’t?”

In life, as in poker and sports, we must evaluate the play based not on the results or outcome, but rather on the merit of the play itself.

It turns out my initial hunch wasn’t so far off. An in-depth review of the play by Brian Burke indicated that passing in fact wasn’t a bad decision; it just turns out that Pete Carrol and the Seahawks found themselves unlucky with the result on that day.

During his post-game analysis, Burke ran the game through a simulation which evaluates the probability of a given outcome by simulating the game thousands of times. Like a solver, but for games played with big balls made of pig skin.

He ran the simulation twice, one with the Seahawks passing the ball on second down, and the other with them running the ball. It turns out that passing and running were virtually equal in terms of expectation, meaning both plays were almost equally justified based on their probability of success.

Burke also found that an interception was an extremely unlikely outcome—a mere 2% probability to occur. (In the Hold’em world, those odds are slightly worse than losing to a one-outer on the river.)

This raises one obvious question: Would Carrols’ play have been ripped in the press if the pass had been completed and the Seahawks pulled off the Super Bowl victory? Of course not. He’d be considered a modern-day Rainman of late-game football strategy.

In poker, we call this phenomenon being “resulted oriented.”

Instead of evaluating a decision based on the merit of the play, we judge it purely on the outcome. It exists within the false notion that if we win a hand, it means we played it correctly, whereas if we lose, it means we made a mistake.

In poker, you learn very quickly that nothing could be further from the truth.

Anyone who has played the game can attest to the frustration you feel when you do everything perfectly, get the money in with two aces, only to lose to some sucker who got lucky. Maybe he had a hunch. Maybe he has no idea what he’s doing. Either way, luck wasn’t on your side.

We even see examples of this littered throughout our daily life.

From speculators in cryptocurrency claiming they’re excellent investors simply because they’re buying in a bull market, to amateur poker players impulsively quitting their jobs to play professionally because they run well in one poker tournament.

In his compelling book, Fooled by Randomness, Nassim Taleb hilariously illustrates the absurdity of evaluating something based on the results. He uses the example of a professional coin flipper.

The idea is this: Imagine that 1,000 people enter into a tournament in which each participant simply flips a coin, and his opponent has to call whether it will land on heads or tails. Whichever player wins moves on to the next round. Assume the tournament is 100% fair.

Inevitably, one lucky coin tosser would come out a winner. When interviewed afterward about the experience, he’d almost certainly cite some mysterious methodology—his secret to calling the 50/50 coin toss. Of course, this is absurd. The only reason anyone could ever win a coin toss tournament is pure luck. There’s zero skill involved; just a statistically remarkable series of correct guesses.

Back to poker, whose tournaments are arguably more complex than competitive coin-flipping.

Poker has taught me many lessons about life, but perhaps none was more practical than being able to independently evaluate a decision—without being influenced by the results.

If you play often, it’s not uncommon for you to find yourself at the table having played a hand perfectly, yet you still lose the pot. Despite this being a common occurrence, we aren’t taught to think of this as a part of the game, or even as a part of life itself.

Consider this: When we’re given standardized tests in school, we get rewarded for making good decisions. That reward is one of the first things we encounter that teaches us the false idea that good decisions always lead to positive outcomes. Logically, we deduce that poor decisions must lead to negative outcomes. While this is true in certain situations, it simply doesn’t apply when there’s an element of luck, chance or uncertainty involved.

We’ve all heard about our friend’s grandma who smoked a pack a day and lived to see 92. This is an exception to the rule. The exception doesn’t change the fact that smoking all day every day is a poor life decision if you’re shooting for a birthday cake with a hundred candles on it. Chances are, you’ll max out at fewer candles than your non-smoker friends.

Luck persists in all areas of life

Exceptions to the rule can be thought of as the luck element in poker, tantamount to going all in with a poor hand and getting lucky—hitting the miracle card.

In short, our friend’s grandma made a bad bet and got lucky.

Here’s the clincher: Nearly everything in life has some element of uncertainty and chance.

You want to make an investment in a so-called ‘secure’ retirement account? There’s no guarantee the money will appreciate over time. In fact, one of the primary rules of investing is that past performance doesn’t guarantee future results. If you just so happen to get ‘unlucky’ and your account value decreases, that doesn’t mean the investment was a bad idea. It may just mean you ran poorly.

The same could be said about opening a business. I could have a great business plan and have forecasted for as many outcomes as possible, but if the economy turns and I get ‘unlucky’ with my timing, things could still go haywire through no fault of my own.

In fact, as Bill Gross says in his TED talk, the number one predictor of whether or not a company will succeed is market timing. If we are one of the unfortunate to get unlucky in this area, does that mean opening a business was a bad choice?

Luck persists in all areas of life. We must embrace it. Most importantly, let us be grateful when it blows in our favor.

Take responsibility for your decisions

We must always remember that we can’t control the hand we’re dealt—only how we play the cards. Let the decision-making process be our central focus, and drop the preoccupation about the outcome. Just as better players win in the long run, we should rest assured that over time, if we continue to make great decisions, we will come out ahead.

Tip: When you’re reviewing your play at the end of the day (which all winning players do), remember to check your ego at the door and ask yourself, “How could I have played that better?” Answer honestly.

It’s only the amateurs who blame bad luck and external circumstances for an undesirable outcome. Professionals take full responsibility for every decision they make, knowing that there’s always something they can do to improve. Focus on the process and let the cards fall where they may.

This Plant Based Milk May Become the Next Oatly | Patch Organics

A Brief History of Money