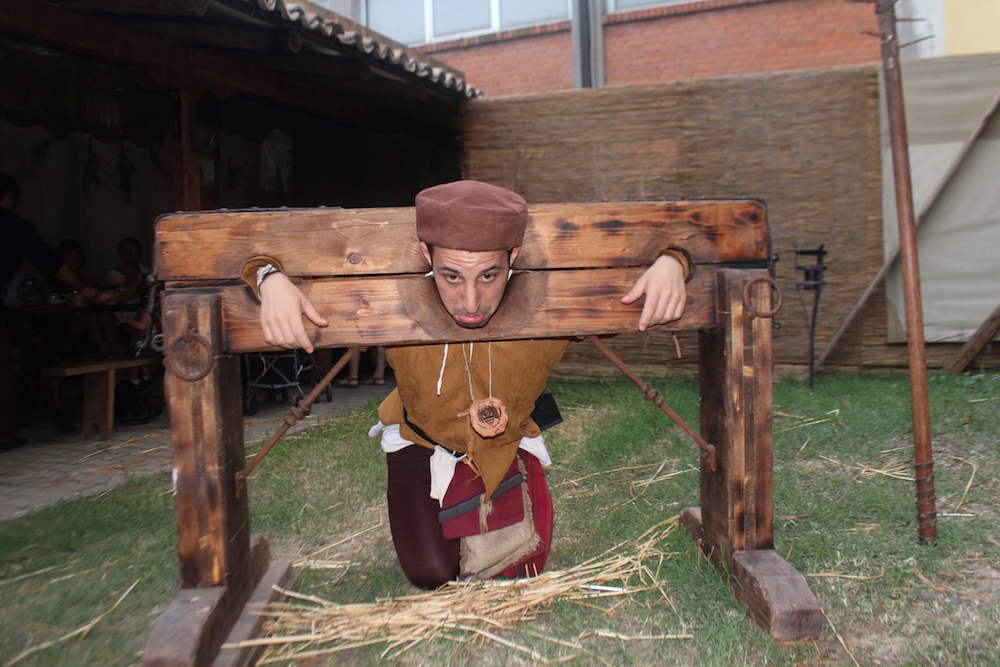 Growing up I always wanted to be Robin Hood. I watched the movie (with Kevin Costner & Morgan Freeman) so many times that I could recite it by heart. For my 8th birthday, my mom bought me a bow and arrow, and I would walk around the neighborhood with it strapped to my back, patrolling.

When it came time for the 50th Anniversary of Palio in Isola Dovarese, locally known as one of the best medieval festivals in all of Italy, I was very excited.

Everything was prepared exactly as it was in the 1400’s, from the recipes of food to the costumes worn by the participants. I not only got to dress up like my childhood hero, but actually to test my archery skills once more.

I was given a bow and arrow and told to hit an apple on a target a good distance away. I thought of the scene where Robin Hood pierces a rope to save his brothers from hanging to death. I closed one eye and shot. Ten arrows, two apples!

We enjoyed a fabulous feast of wild boar and drank incredible spiced wine.

This year I signed up for the ‘tamburi’, a drummer in the marching band. I trained all summer with them and had an absolute blast.

Here’s a must watch video from the 50th Anniversary of Palio!

I also put together some of the best shots of the festival as well. Enjoy!