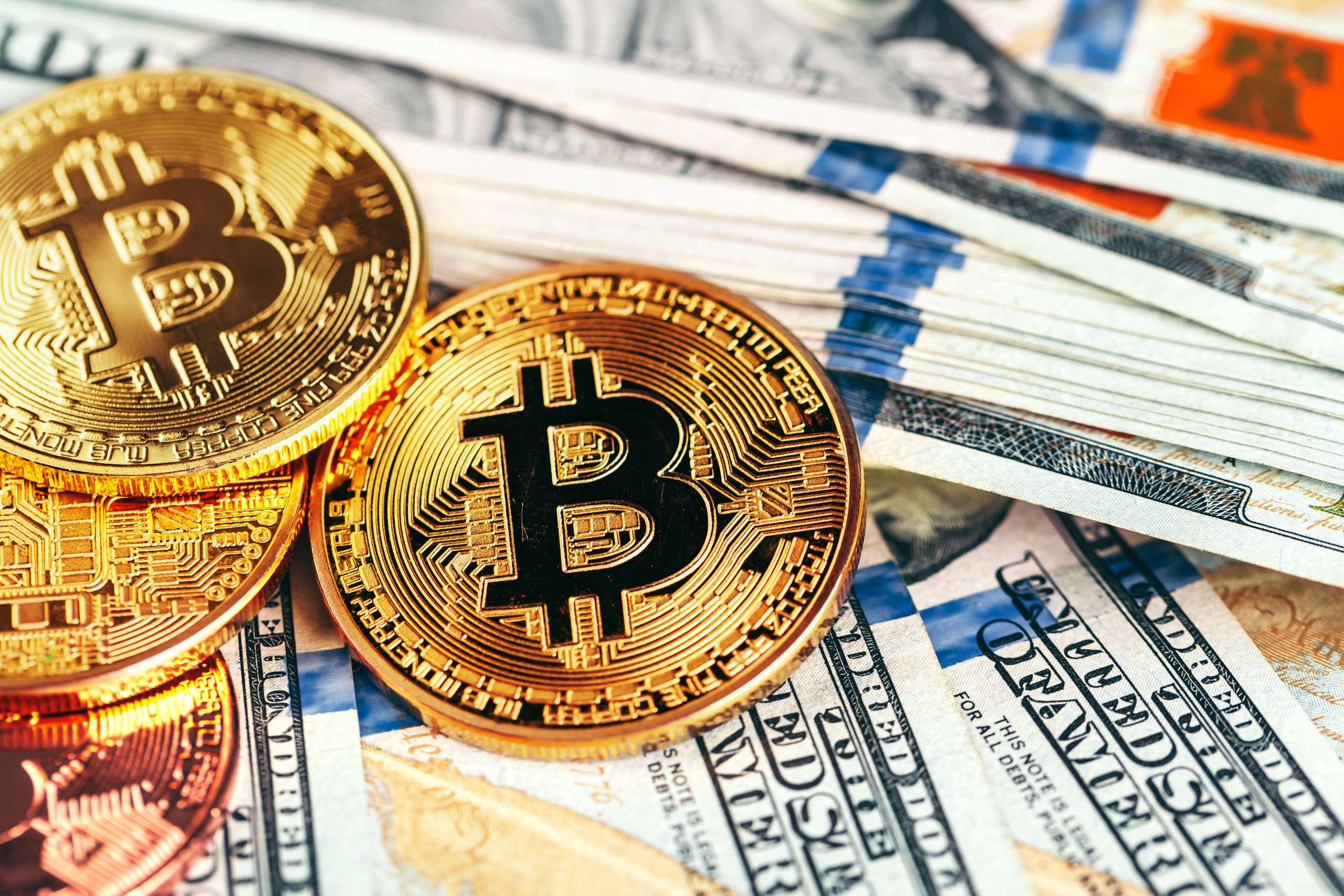 From collectibles to livestock, from gold to silver, many objects have been used as money. Although seemingly different on the surface, chosen monies possess similar properties.

Recall that for something to function as money it must be fungible, portable, durable, acceptable, divisible, uniform and scarce. Let’s evaluate how well Bitcoin satisfies these properties.

Fungible: One Bitcoin can be substituted for another because all Bitcoins are interchangeable with each other.

Portable: Bitcoin is the most portable money ever invented. One can store as much Bitcoin as they want on a USB drive or by memorizing a series of 24 words (called a ‘seed phrase’) which serve as the key to their coins.

Durable: Bitcoin exists on an immutable ledger which lives on the internet. External wallets can be used to store one’s Bitcoin. As long as one has access to their wallet or seed phase, their Bitcoin will remain in their possession forever.

Acceptable: Bitcoin is borderless and permissionless, meaning no central authority nor government can stop one from using it. Anyone in the world can partake in the network, making it the most acceptable money in history. One doesn’t even need to identify themselves. Although Bitcoin is currently in the beginning of its adoption phase, we must not conflate that with its inherent characteristics.

Uniform: All Bitcoin are the same and are 100% verifiable on the blockchain through code. Bitcoin solves the ‘double spend’ problem, which means independent validators on the network can verify what is a Bitcoin and what isn’t. Bitcoin cannot be counterfeit.

Divisible: Bitcoin solves one of the problems of gold (which is why silver was often used instead) in that it’s easily divisible. One bitcoin can be divided into 100,000,000 units, (called Satoshi’s, named after Bitcoin’s inventor, Satoshi Nakomoto). This limit can be broken down further if necessary, making bitcoin the most divisible money in history

Store of Value: In order for something to be a store of value, it must be inherently scarce. Bitcoin has a fixed supply of 21 million. No more Bitcoin will ever be issued. It is the scarcest money the world has ever seen, and the second most scarce property in the universe, second to time itself.

Now that it’s clear Bitcoin possesses all the traits of money let’s compare its monetary properties to its competitors.

One can go down the rabbit hole to verify the efficacy of Bitcoin’s monetary properties, but let’s accept it as fact (if nothing else for argument’s sake) that, aside from an established history, Bitcoin largely has superior monetary features than gold (and of course, both crush fiat).

This is important because insofar one believes that the most efficient (or hardest) money will inevitably be where people store their value, one can no longer deny the probability that more people will continue to choose Bitcoin.

Beads, shells, cattle and coins have all been used as money. None of these items were born as money, rather they become money as they are adopted by society. Understanding the natural evolution of something’s journey to becoming money is crucial to assessing Bitcoin’s future.

Money follows a very predictable pattern of evolution, from a store of value to a medium of exchange and finally to a unit of account. All monies evolve in this way.

Just like gold was not inherently money, neither was Bitcoin. Rather, it has become money to a people who have decided to store their wealth in it. Bitcoin is currently at the store of value phase as people are hoarding bitcoin (and spending fiat) at an ever-increasing pace. For example, as of 2019, over 11 million coins, (which due to lost coins is roughly two thirds of the estimated available supply), hasn’t moved in over a year.1

An increasingly large group of people hoarding Bitcoin is part of what gives it value.2 Since an item can only become money based on the collective agreement of independent actors in society, people voluntarily hoarding Bitcoin is extremely promising. No other item has received such adoption as a store of value in modern history. People storing Bitcoin instead of spending it is not an inherent flaw with Bitcoin, but rather a demonstration of its superior monetary properties and an exposure of the weaknesses of fiat.

Evaluating Bitcoin’s unprecedented scarcity helps make sense of this phenomenon. Gresham’s Law roughly states ‘bad money drives out good’. When there are competing forms of currency in circulation people inevitably hoard the scarcest, most valuable asset and spend the lesser one. This is currently what’s happening in the competition between fiat and Bitcoin. With each passing day this trend is moving more wealth from the former to the latter.

Some have criticized Bitcoin’s volatility, arguing it doesn’t function as a store of value. What this conversation lacks is a specified time horizon with which one uses to measure this claim. By definition a store of value is something that preserves wealth across time. Every critic makes such a claim based on a short-term price movement, yet it makes no sense to use a short-term time horizon for a long-term use case.

If one expands the window which they use to evaluate Bitcoin, it has undeniably stored value. Bitcoin is the best performing asset of the past decade by a wide margin. A $1,000 investment in Bitcoin 10 years ago would currently be worth $10,000,000. Sure, there would have been some volatility along the way, but many would argue a 10,000% return over 10 years constitutes as a store of value, and then some. Personally, I’d welcome the volatility in exchange for the return.

Bitcoin’s current level of volatility does not prevent it from becoming widely adopted as money. In fact, this is a necessary component of price discovery in a free, unmanipulated market, as independent actors are evaluating Bitcoins ability to function as money. As adoption grows, each additional market participants represents less of the overall market, resulting in a stabilizing price (measured in fiat).

This has already happened. The same $1,000 investment 5 years ago would currently be worth $26,000, a 2600% return as opposed to 10,000%. This is due to the fact that there are more participants in the network giving each individual less influence over bitcoin’s price.

We are still very much at the beginning of Bitcoin’s journey to becoming money. For perspective, there are some 90 trillion dollars of currency in the world’s money supply. (Add in the total debt and that number is roughly 250 trillion.)3 Even taking the former number, the currency supply is 90,000 times the market cap of Bitcoin. Put another way, Bitcoin represents 0.0001% of the world’s money supply.

Much like poker, a society’s choice for money is a zero-sum game. For every winner there must be a loser. As a result, every person that adopts Bitcoin as money also makes a conscious choice to avoid storing their wealth in fiat.

As Bitcoin continues to take market share away from fiat, it’s price will stabilize. When prices sufficiently stabilize, Bitcoin can better serve as a medium of exchange, (although it’s already serving this function for many who prefer to use it as an alternative to the legacy financial system). Over a longer horizon Bitcoin will become a unit of account. Instead of people measuring things in USD, they will simply measure them in Bitcoin.

Bitcoin possess all of the necessary properties of hard or sound money. Bitcoin was not born as money but is currently in the burgeoning stages of evolving into money as people have decided to store their value in it, largely because it’s the scarcest tradable asset available in the world. This is part of the natural evolution of money that we have seen throughout history.

The question now becomes, are Bitcoin’s superior monetary properties enough for Bitcoin to become widely adopted as money by all of society? More broadly, does the mere invention of a more efficient money destine it to replace the current one?

In the next episode of The Future of Money we’ll take a look at gold’s evolution to becoming the global store of value, and why, for strikingly similar reasons, Bitcoin is poised to do the same.