Our 2 Year Anniversary at the Andaz Maui 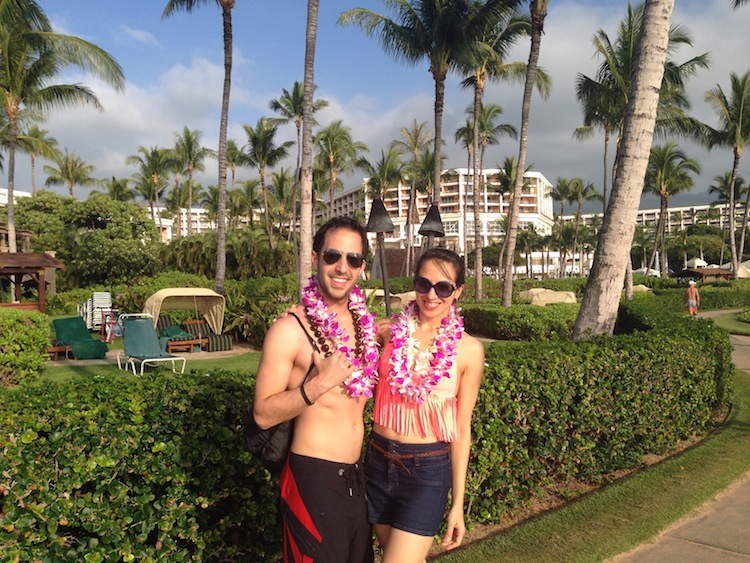 There are few brands in the world that I truly love: Apple, Whole Foods, American Express and now I officially added to the list, Hyatt.

Our recent experience at the recently built Andaz in Maui was truly incredible. After telling them it was our anniversary, we got put in a sick suite overlooking the ocean, four infinity pools, and the bar, which featured a different band every night.

I knew I was in paradise because there was this elusive feeling that I had over and over again.
Sitting out on the balcony watching as the sun kisses the horizon, and singing along to classical covers of our favorite songs while sipping champagne, it was hard to mistake: the feeling that there was nowhere else in the world we rather be.

Pretty much everything about the Hyatt Andaz Maui is impressive – from the little things like getting checked in on the couch overlooking the ocean (instead of at the desk), to the major ones like the the staff’s competency and architecture.

Sure, as a Diamond member I got some perks like free internet, upgrades and discounts, but I’m confident the experience is bar none regardless.
And that’s not just in comparison to other major chains. It’s in general. Period.
Highlights:

Perfection, however simply doesn’t exist. Here’s two things they could do to improve.

1) Lounge:
I expected that a brand new property would have a lounge, especially when they could take advantage of their picturesque views.

2) Valet:
It’s not paying $749 that bothers the guests so much as the feeling of getting nickel and dimed. Sure, charging for valet is standard, but why not do something classy and distinguishable, and offer it free?
This would be especially welcoming at the Andaz where they don’t offer guests the option to self park.
If they really can’t afford a free valet service, a better option would be charging $779 per room instead. Not only would they show a bigger profit (after all, not every guest utilizes valet), but customers much rather pay more and have everything be “free” on arrival than find out that their already incredibly expensive vacation just got pricier.