What is Money? | The Future of Money P1 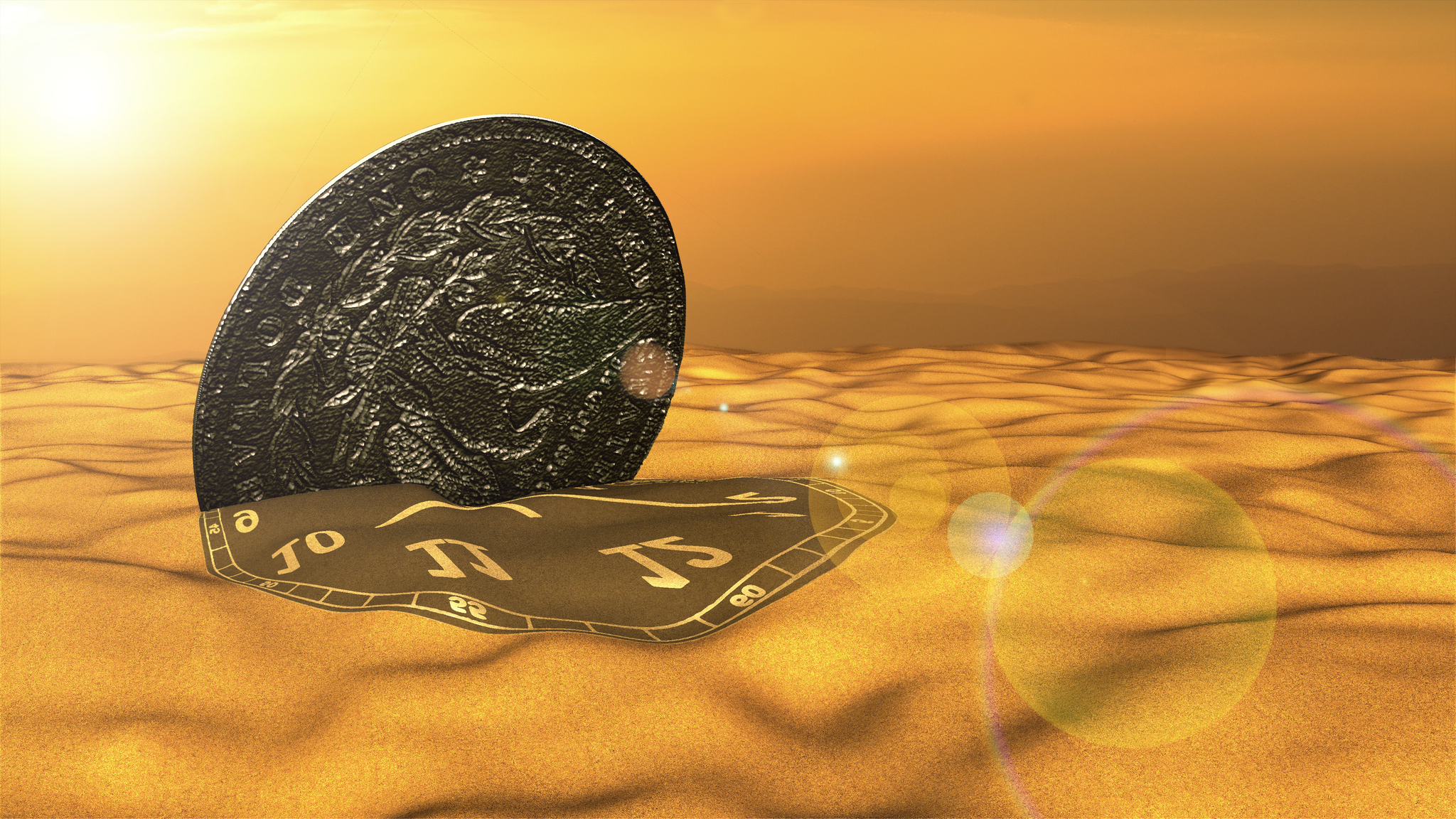 This piece is a reflection on the relationships between time, money, value and scarcity. “Time is money,” as the old adage goes, but is this really true? What is price versus value, or are these actually synonymous? How can we make better use of our time (and thus, our value)?

This is the first entry in an ongoing series that I’ve decided to write called The Future of Money. It’s the culmination of a journey that began for me in 2013 with one simple question: What is money?

It’s ironic that we use money on a daily basis and spend most of our lives chasing it, yet so few of us actually stop to question what it is we’re actually after. What is money, really?

The more I questioned, the deeper the rabbit hole seemed to go, and the more exciting the discoveries became. I realized how little I knew, which reinforced my desire to go deeper.

My ideas are my own, but they’re neither new nor revolutionary. They couldn’t be possible without the work of Ray Dalio, Raoul Pal, Andreas Antonopoulos, Mike Maloney, Yuval Noah Harari, Naval, Parker Lewis, Robert Breedlove, Erik Voorhees, Peter Schiff, and others, all of whom have paved the way for this piece to even be written.

I’ve decided to write this for three reasons:

1) If I can condense the years I’ve spent researching money into a few pieces of content and articulate my thoughts in a way that anyone can understand, I can save those who read it countless hours of time collectively.

2) I hope these ideas will ignite a discussion among people from all walks of life—many of whom are smarter than myself—together we can seek the truth.

3) Writing helps me clarify my thoughts. If I fail on the first two points, at least I’ll have a better understanding of what I think.

To be clear, I’m not claiming to have all the answers—in the past, I’ve been confident in beliefs that have turned out to be wildly wrong. If I’m ever off base with something, I encourage you to get me back on track. I believe a teacher should always continue to learn.

Finally, it’s been said that the quality of one’s life is determined by the quality of the questions they ask. In this series I hope to ask some worthwhile ones.

Let’s zoom out for a moment. Before humans exchanged money for goods and services, we exclusively utilized systems of barter. Compared to bartering, money is a relatively new concept utilized in trading. It’s a mechanism of trading wealth indirectly, while trading wealth through bartering represents a direct exchange of value.

At its core, money is humanity’s best attempt to preserve and transfer time through space. People all over the world, involved in any endeavor one can imagine, exchange their time for money. Those paid hourly work under contracts in which both parties have agreed that the employee’s time is valued as x, and they’ll be compensated accordingly.

Wealth is the accumulation of money. It’s the sum of one’s productive work, attained through the time they traded to garner it. Money is our way of encapsulating that time in a medium which we can trade with others. This is why we use the verb “spend” in reference to how we allocate it. “Time” and “money” are the two words most frequently associated with “spending.”

The classic aphorism, “Time is money” first appeared in Benjamin Franklin’s 1748 essay, “Advice to a Young Tradesman.” Hundreds of years later, Americans continue to hear it all throughout their lives:

But no, time isn’t money. This is plainly false. Just ask any 20-year-old if they’d want to trade their time—their remaining decades on this earth—for a dying billionaire’s wealth. More often than not, the answer will be a resounding “no.” You can’t spend a nickel if you’ve run out of time to do it.

Here’s another axiomatic thought experiment: Imagine how you’d feel upon finding out that your best friend suddenly went broke. He lost all of his wealth in one fell swoop. Then, compare your reaction to how you’d feel if he lost his health. Which would you prefer? Any first-principle comparison between time and money makes it clear they are not interchangeable, and therefore, one cannot simply say, “time is money,” equating the value of the two.

Similarly to how all squares are rectangles, but not all rectangles are squares, money is time, but time is not money.

The reason? Their hierarchical values. Because time is the scarcest asset in the known universe, it is the ultimate unit of account upon which all goods and services are measured.

At a certain point, one can harness enough wealth to buy all the goods and services they desire, but we haven’t (yet) discovered how to buy more time. Incidentally, it’s no surprise that products and services which save us time, such as Uber and QuickBooks, are beloved by so many. Because we haven’t yet figured out how to buy time, we instead value products that allow us to save time and will happily trade money for them if we have the means.

Think of money as the middle layer between one’s time and what they want to trade it for. This necessary intermediary serves to preserve the preciousness of the base layer.

It can be said then that humanity’s quest to discover money was essentially a desire to bottle time in a way that was both permanent and transferrable.

Price reflects the value we give to the amount of time it requires to produce a good or service. This is apparent in the case of exchanging a specific amount of money for a fixed amount of time, as is often the case in consulting.

What’s equally true, yet less intuitive, is when valuing something more esoteric, like art.
An original Picasso sells for $30,000,000, which simply means that the time it took him to paint that piece (which also encompasses the experience required) is valued at that amount.

His originality makes his work precious—only Picasso could paint a Picasso. It’s precisely the reason why a copy sells for a mere $20. Society places far less value on the largely automated reproduction of the original, a process that has no limits and isn’t bound by scarcity.

How to Better Value One’s Time

A prudent exercise to better attribute value to a good or service is to change the unit of measurement from money to its time equivalent.

If John earns $20 per hour and finds himself considering a $40 purchase, he should ask himself this question: Do I value this product more than two hours of my time? This honest, first-principle assessment can help us make better decisions when allocating resources.

Take the example of using a loan to make a purchase. Anytime one makes a purchase on credit, they’re pulling their future time forward into the present. In most cases, they will be required to pay back that time with interest.

Time is finite, so the only way to repay such a debt is to increase one’s future earning potential. Weigh your options carefully before opting for such a trade, as the act of borrowing our future time today in exchange for something we want right now can open the door to financial ruin. The future time one must exchange to pay back the debt can snowball to a higher amount than anticipated, and so begins an inescapable cycle of debt.

Giving in to this temptation of pulling our future time forward into the present is what many experts believe is the root of the problem with our financial system. Debt levels have reached unprecedented highs because of the short-sighted financial decisions being made by individuals, corporations, and governments alike.

A Question to Ponder About Time and Money

Is there a limit to the amount of future time we can pull forward into the present?

Why do we have a system that relies on an ever-increasing amount of debt, when the asset the debt represents (time) is absolutely finite?

To put it another way, given that money is meant to encapsulate time, doesn’t it only make sense that the currency which backs it is the one with the most limited supply (and therefore the scarcest), just like time itself?

In the next installment of The Future of Money, we’ll explore this in further detail. Subscribe to be notified when part two drops.

Thanks for your attention.
Alec