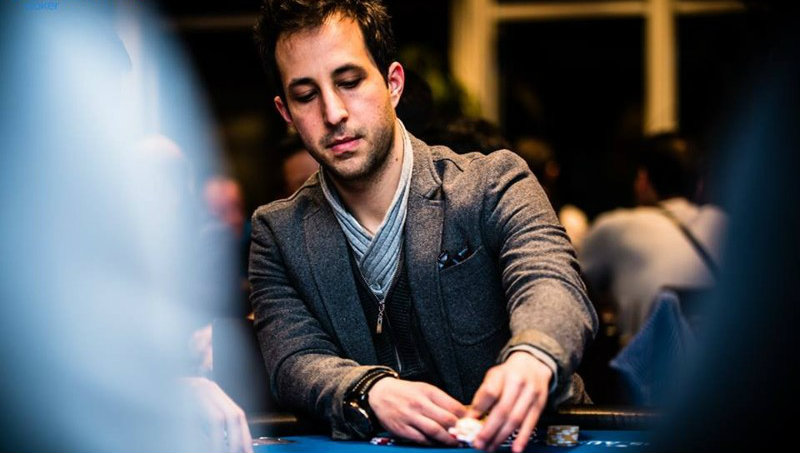 Within the poker community there is a longstanding rival between tournament grinders and cash game players. Here are some of the differences, pros and cons:

Fame: The only way to receive sponsorships and make a name for yourself is by competing in tournaments. The American public doesn’t care about the biggest winner at the Bellagio.

Fortune: Tournaments are the poker equivalent of playing the lottery. If you win, the payout can be life changing.

Competition: In a tournament, there is actually a winner. Success is measurable. “I got first place” is much more gratifying than “I won the most at the table.”

Travel: For the lucky few who play the tour, it’s a great way to see the world. What’s more, players can choose their destinations, making for an appealing lifestyle.

Variance: In a given year, a serious pro might play 100 live events. If they average a buy in of $5,000, that’s a $500,000 bankroll for a year’s worth of play. With the volatility of tournaments, one can easily go 30 in a row without cashing and a full year without making a final table. Withstanding this variance requires a ton of capital.

Rake: Many tournament players don’t consider the rake for traveling the circuit. The European Poker Tour (EPT) Grand Final, for example, is held in Monaco. A hotel room at the Monte Carlo Bay costs $600 per night and a round trip flight from LA is roughly $2,000. The best players in the world assume they have a 50% ROI. In other words if the world’s greatest MTT pro spends $3,000 on a trip they have to play $6,000 worth of tournaments just to break even.

Happiness: Tournaments are mentally draining. One is never satisfied unless they win. Because you are competing, the results are measured not by dollars, but by place. Even when I got second place in the WSOP, I was heartbroken from getting so close to winning letting the title slip. The life of a tournament grinder is one of constant anguish. An ROI of 100% (meaning, for every dollar they pay to enter, they expect to earn a dollar in return). If they spend 10 days in Monaco, that’s $8,000 for hotel and flight alone. You do the math.

Flexibility: As a cash game player, I am completely free to make my own schedule. I have no travel, date and time restrictions. The price of freedom is arguably the most lucrative draw to being a pro.

Money: The constant money is in the cash games. Tournaments are deceptively appealing. Sure one can make a million dollars in a few days, but in the long run the math says otherwise. Choosing to play cash means a higher probability of showing a profit.

Sustainability: It’s easier to make a living playing cash games because they run more frequently. For the $5/$10 NL player in Vegas, he can find a game nearly 24 hours a day. Even if he is a small winner, he can earn $50 an hour. Not bad for playing a game.

Difficulty: There is one overwhelming downside to playing cash games: they are difficult. As you progress through the levels, the edges get smaller and the games get tougher. Contrary to common belief, the best players in the world don’t fly to Vegas to play the $10,000 tournaments, but the $100,000 buy in cash games.

The reason is simple. That’s where the money is. When you’re stuck at a table with five elite players who aren’t afraid to risk it all on a bluff, you’re always put to the test. With less room for luck, the better players are going to win a lot quicker and more often. It’s a cut throat business and it’s not long before you sink or learn to swim.

Losing: In a tournament, the most you can lose is your entry fee. In the bigger cash games the numbers can be astounding, often nearly the size of first place in a single hand. It takes a certain breed to be able to cope with that sort of loss. Also, the ability to remove yourself from the utility of money is absolutely imperative to one’s success. ♠

YOUR OPINION COUNTS! Do you prefer tournaments or cash games? Why?