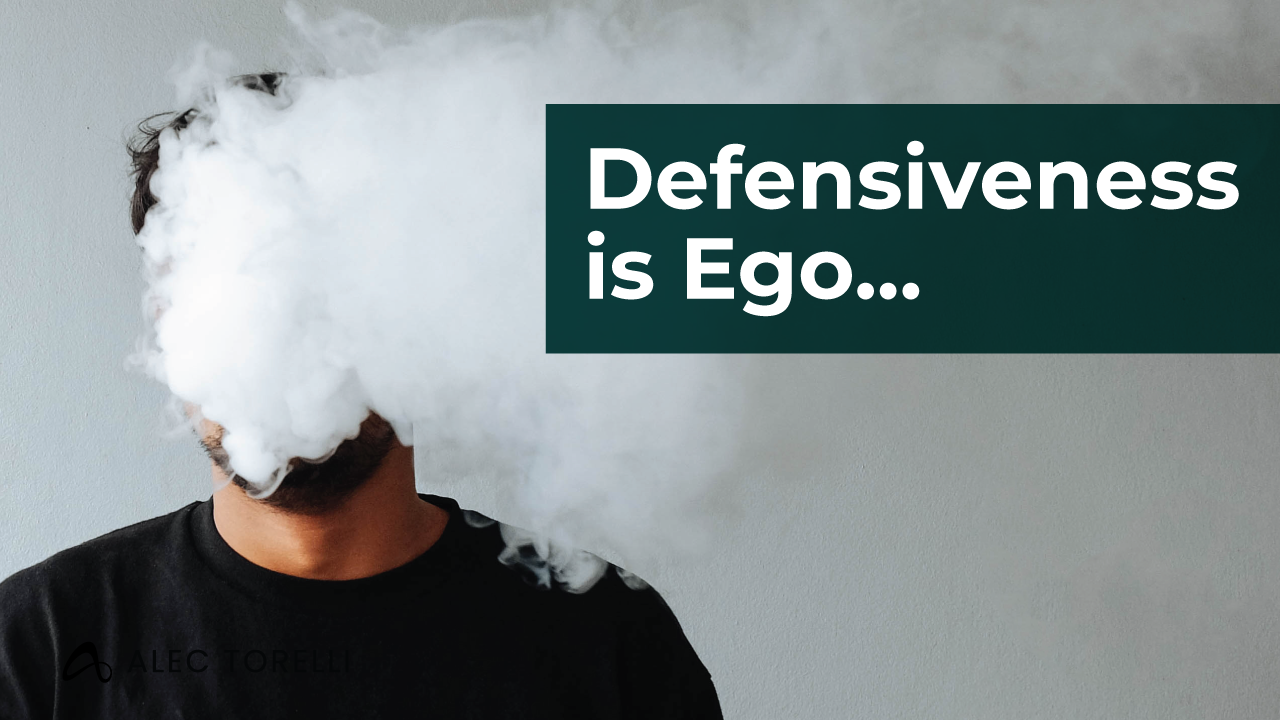 In a recent conversation with a friend, she pointed out an idiosyncratic behavior of mine which wasn’t serving me.

I immediately grew defensive, justifying the behavior as normal and explaining why it was beneficial.

After the conversation, distant from the emotional charge of my behavior being scrutinized, I realized the mere fact I felt the need to justify my actions meant I wasn’t acting objectively.

I’ve noticed that being defensive is a clear indication I’m attached to the outcome. Otherwise, what is there to justify? When I’m not able to openly listen to constructive criticism it’s a sign ego is involved.

Identifying with something creates attachment. This emotional state makes it difficult to see the situation objectively, hindering growth.

What I've learned from poker

Poker has taught me to separate my desire from the reality of the situation. Any mingling of the two gets expensive. Every instance one fails to do this loses them money. For example, it gets costly when one repeatedly deludes themself into believing their opponent is bluffing when in reality they have a strong holding.

To win at poker, one needs a high level of self-awareness and the ability to scrutinize their own play. Something that’s helped me to be a harsher critic is to look for obvious signs that I’m not seeing a situation objectively. Perhaps the most telling is when I feel the need to justify a behavior. More often than not, there’s ego involved.

In poker the cost of ego is money. In life it’s relationships.

I’ve also observed that what I don’t want to hear is a good proxy for what I need to work on. A prudent exercise which has helped me is to take note the next time you get defensive. I find that being aware of the mechanism is the first step toward seeing the situation objectively.

Simple, but certainly not easy.
Alec

There is No Destination