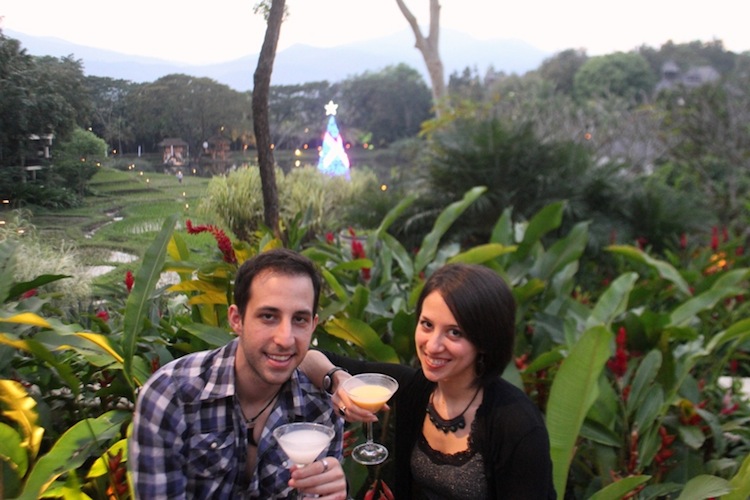 How could we have known that a tradition would be born over a mango-sticky rice cocktail at the Four Seasons Chiang Mai?
It was Christmas Eve, and instead of spending the traditional, (more like repetitive and mandatory) celebratory dinner with turkey and stuffing, we opted for something different.
It doesn’t mean we don’t value our families – quite the opposite – quality time with them means more when it’s not obligatory. We spend it with them because we want to, not because we have to.

It’s no surprise that we enjoy bending the rules, but this Christmas symbolized the birth of us making our own.

In Asia, Christmas isn’t celebrated, nor is it missed. The feeling of being exactly where we wanted, despite what society says about what we have to do, made us feel in control. It’s the priceless feeling of freedom, a daring statement that it’s okay to be different.
Mere coincidence and luck brought us to what turned out to be literally the #1 most incredible hotel I have ever witnessed, a strong statement from a 10 year, full time world traveler.
It only seemed fitting that I’d have that encounter it as we lived out a non traditional holiday, turning it into one of the most memorable of our lives.
The hotel truly couldn’t be improved; it’s simply perfection.
Maybe it could be cheaper, but I’m not sure it would affect one’s unequivocal feeling upon leaving: it was worth every penny.