The Role of Luck in Poker 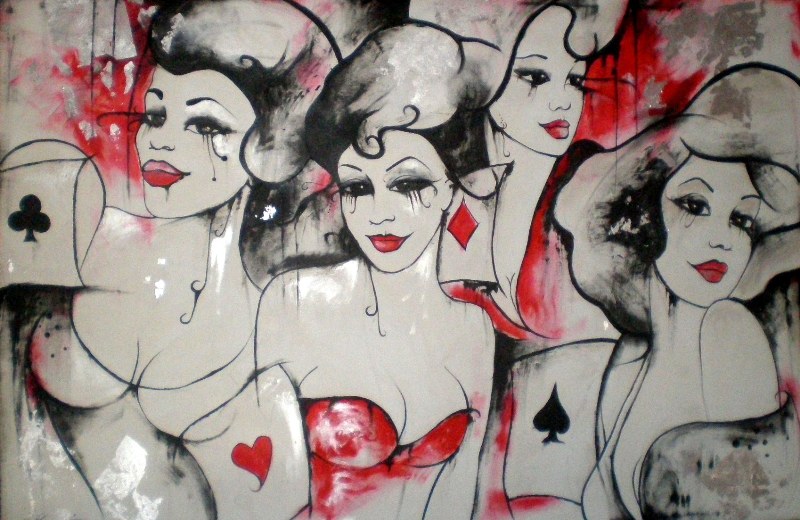 My thoughts on cash games and tournaments. A personal story. The sequal to Filtering the Noise: Cash Games or Tournaments?

Tournaments by nature are a more simple form of poker. The short span at which they are deep stacked (several hours of play) is quickly over and soon the play becomes rather rudimentary.

It’s not to say there isn’t skill or that experienced tournament players aren’t better at picking off spots, but the margins are much smaller and a lifetime of playing is not enough to realize one’s true expectation.

The primary reason better players choose cash games is obvious. There is more money. Others are more obscure.

Many poker players prefer to remain anonymous. Being labeled as a professional hinders ones ability to play in the amazing games where politics are involved. Who wants to play with someone who always wins?

Some avoid tournaments because for tax purposes. Sweden for example, home of some of the world’s best poker players, enforces a usurious 50% tax rate on tournament winnings. Combined with the rising cost of travel and accommodation, it’s extremely diffuclut for the tournament poker player to show a long term profit.

Cash games are tougher because the players sit with more money relative to the blinds. The deeper the stacks, the tougher the decisions. This means there is more room for play and more decisions are made on the river.

River decisions are where the tough players exploit opponents the most because you always either have 100% or 0% chance of winning. If you make a mistake, by folding the best hand when the pot is $10,000, it adds up quick. Translation: Far less variance and far less luck.

Although they may be skilled, when tournament superstars win consistently, they are always benefactors of what Nassim Taleb calls the “professional coin flipper.”

If someone enters a coin flipping contest with 10,000 people, eventually there will be one winner.

Surely that man would go on to write a book about how to beat your opponents at flipping coins.

But would one really infer that this man is better than you or I?

This may be a bit dramatic, because it implies the analogy that a tournament, like coin flipping, requires no skill. While this isn’t true, the amount that exists is not enough to warrant many of the results.

I’ve been fortunate to have a promising tournament record. With that, I’ve received some exposure, sponsors and perhaps undeserved credibility within my industry. As much as I chide some of the aspects of tournaments, there is a ton I’ve gained from my experience in them. For that I am grateful.

The 16 year old in me still dreams of final tabling a major televised event. It’s a sensation that will never get old.